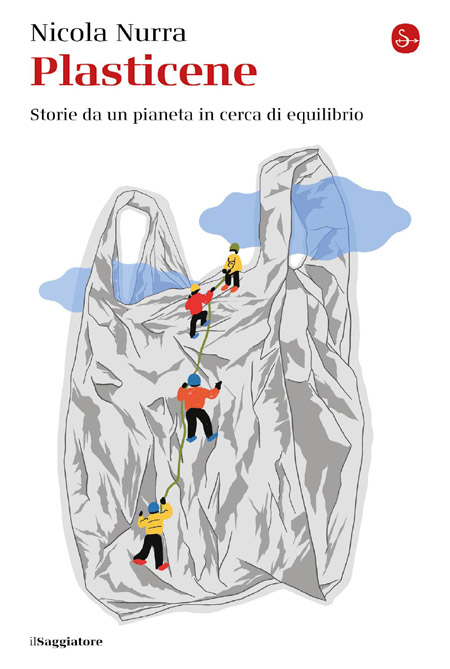 Think of a home aquarium full of dozens of species that you have cared for several months. Then one day you start introducing new species into the aquarium, which feed on those present and have no one to prey on them. In addition, you tamper with the water pump, causing the oxygen level to drop and changing the pH. Finally, you decide to fill that aquarium with dirt, bags and packaging, until only two or three of the fish present at the beginning have survived. So, crazy as it may seem, this is what we have done to marine and terrestrial flora and fauna over the span of just over a century. Yet it is not too late to remedy.

Nicola Nurra takes us to Plasticene, our age: an unprecedented historical moment, in which a product that did not exist before its creation by Human Being - plastic - has imposed itself in a very short time as one of the most dangerous threats to survival of animal species, plants and ecosystems. Starting from his personal experiences as a marine biologist and from the encounters made with scientists who investigate the melting of polar ice and the decrease of the Gulf Stream, the floating plastic islands - five trillion pieces for a total of 260,000 tons - and the coral reef bleaching, Nurra introduces us in a clear and documented way to the worrying climatic scenarios of tomorrow; to what will irremediably happen if we do not intervene immediately. But his is also the story of those who oppose this "irremediable": of those who have been providing information on the subject for years; of those who design increasingly precise systems for analyzing the biosphere; of those who fight politically to intervene on polluting emissions; of those who simply decided that he still wants to have a future, a home, a hope.

Plasticene is a scientific narrative that is both disturbing and fascinating at the same time, in which data alternate with direct observation of the transformation taking place in our rivers, lakes, seas and oceans. A deafening alarm bell which, however, we can still respond to, managing to save, together with the planet, even that funny species of bipedal and omnivorous mammals that have inhabited it for a few hundred thousand years.