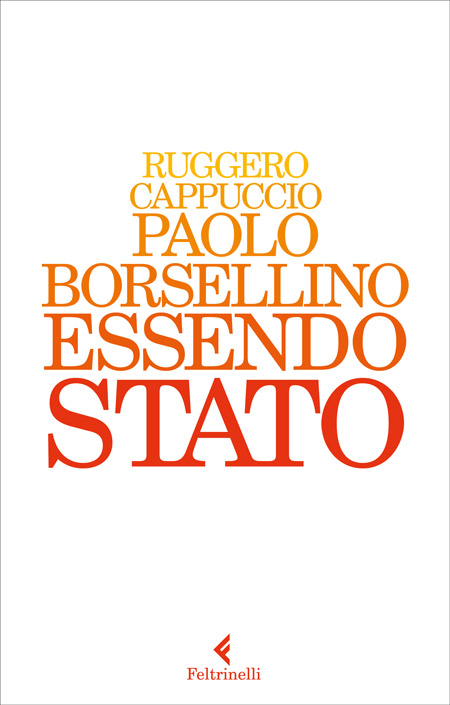 In Paolo Borsellino essendo Stato, Ruggero Cappuccio focuses on the last moments the Palermitan judge Paolo Borsellino goes through. During these residual burning seconds, he doubts to be still alive and supposes to be already dead. He therefore goes through his whole life from an odd perspective with a strong clarity of mind: his love towards his land, his wife, his mother, his children, the battle against mafia and the diverted State all undergo a bright interior trial that releases words of civil and human energy.

The birth of this written work was accompanied by Agnese Borsellino’s enthusiasm. In 2004, she publicly stated Cappuccio’s words made the spiritual resurrection of his husband take place. "Essendo Stato” becomes therefore a play that has been performed for 15 years on the best Italian stages. Cappuccio’s writing is requested by groups of judges from Milan, Trieste, Salerno and is recited in many public readings. In 2016, “Essendo Stato” goes on the air on Rai 1 and Rai Storia as a documentary, directed and interpreted by Cappuccio himself. The text is then enriched by the testimony made by Borsellino for the Superior Council of Magistracy on the 31July 1988. In that occasion, the judge had been summoned under the threaten of disciplinary action after he publicly denounced the inefficiency of the actions that the State was embracing against the mafia. The authorization to make this speech public after 24 years of censorship is finally given to Cappuccio: the Italians, and not only the Italians, are now able to read the words Borsellino pronounced in an extremely tense atmosphere, talking for four hours about the loneliness of his job and the immobilism and obstruction that surrounded him.