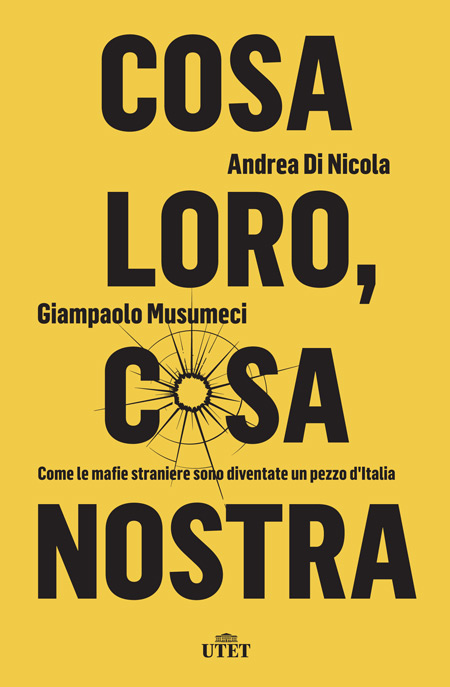 The Chinese triads launder money all over Europe (but in the era of Covid-19 they turn to cybercrime); Ukrainian clans manage cigarette smuggling; Nigerian cults administer the prostitution racket and control the drugstore squares with machetes; Moroccan dealers transport hashish from Tangier to Genoa; Latin gangs transform neighborhood parks into guerrilla zones.

Gradually, the imported mafias have gained their space compared to the "traditional" mafia organizations, distorting the universe of crime as we knew it, where structured gangs and petty threats alternated. Cosa Nostra, Camorra, 'Ndrangheta: despite their multicultural origins, the new mafias refer to the model of the great organized crime Made in Italy, with which they sometimes wage war but often collaborate, borrowing their codes and rules.

Yet, as pervasive as the story of some of their heinous crimes is pervasive in the crime news, we continue to underestimate the extent of their infiltration, the extent of their networks, the power of their bosses. The same mistake they made in the United States for decades when dealing with Cosa Nostra: to fight it it was necessary to admit its existence, study it, understand how intrinsic it was to the economic and political system of the nation.

And so should do we too, because foreign mafias are not the dark side of immigration, but the result of our political failures, of the inability of the Italian state to truly control the territory.

The criminologist Andrea Di Nicola and the investigative journalist Giampaolo Musumeci weave proceedings, news stories and direct testimonies to reconstruct the secret dynamics and the rites of affiliation of groups apparently so far from our daily life. Because it is precisely the will not to see that risks making the title ominously presage: Cosa Loro, Cosa Nostra.