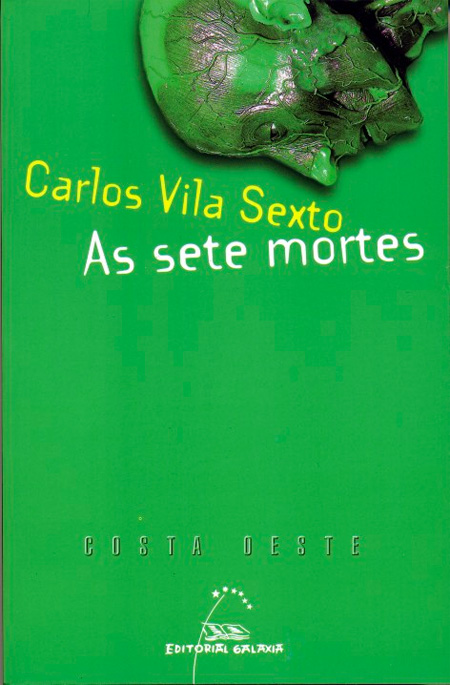 A wounded old man knocks at Jacobo's door, with just the time to give him and ancient parchment before dying on his arms. Jacobo use his contacts to reach Natalia the only person who can help to decipher it. What they will discover will be difficult to accept, even for Jacobo.

Meanwhile, the police find evidence that Jacobo might be involved in other similar deaths, and the hunting begins. But there are also indications that Jacobo, actually may be running from something or someone.

The legendary celtic mythology book The seven deaths is the key to an adventure middle-way between Highlanders and The Fugitive, that runs through all the Camino-de-Santiago's land, Galicia (Spain), between reality and fantasy, in which the perfect rhythm of the events in which they are involved, creates an authentic page-turner crossover.

As sete mortes (original Galician tittle) (Galaxia, 2009) won the Fray Martín Sarmiento price, to the best 2011 book and it keeps on selling, being on its 5th edition in galician language.

Carlos is a screenwriter since decades and well known in Spain as author of the famous series Los secretos de Laura, the most adapted series of spanish history, recently sold for adaptation in the USA.