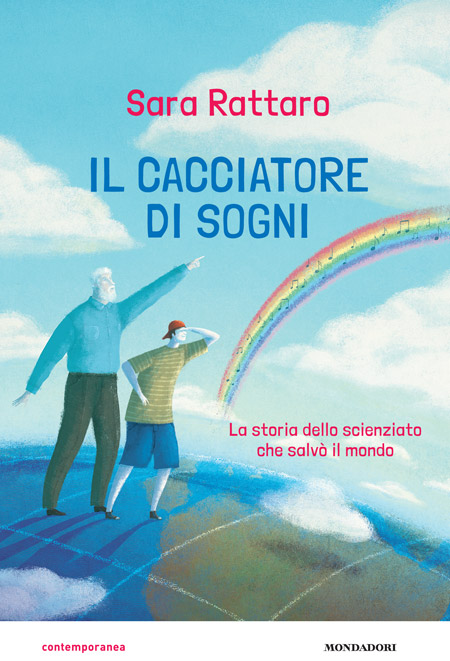 Albert Sabin has been my hero and that’s why I decided to illustrate his life the way it deserves to be told, as a story tale, because “Il cacciatore di sogni” has a lot to teach us, still today.

Luca, who dreams of becoming a pianist when he grows up, has a broken hand, a quite annoying older brother, a mom that is a drag and a plane to catch in order to go back to Italy from Barcelona. It’s the 4th July, 1984 and his life changes forever while on the plane. Luca meets a hero…no, it’s not Maradona, who drew everyone’s attention at the airport (and especially his brother Filippo’s one), it’s a mysterious man seated next to him that looks a little bit like Santa. Suddenly, the man asks him: “Can I tell you a story?”. This is how an extraordinary adventure begins, made of words and memories, with a really unexpected surprise…the adventure of a dream chaser, the scientist Albert Bruce Sabin.